With almost a collective century of experience at the world’s premiere automotive companies, the YAN Engines team has the perfect blend of expertise to break through the inefficiency bottleneck of the internal combustion engine.

Lu brings 20 years of experience as an energy company leader, across both technical and business functions. He worked at Ernst & Young in their Energy & Utilities Business Unit and at General Electric in their Marine & Industrial Engines Department, as well as in smaller, greenfield energy projects. Lu specializes in engineering, management consulting, government contracting, finance, and operations management. He earned his BS in Mechanical Engineering at Case Western Reserve University, and his Executive MBA – Global at Columbia Business School and London Business School. 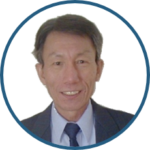 MJ has spent more than 30 years working as a product engineer, specializing in R&D for engines and power generation. He was the lead engineer for over a decade at Daimler-Chrysler for several R&D programs, including a hybrid electric vehicle power-train. Previously, M.J. worked for NASA, Babcock & Wilcox, and General Electric Aircraft Engines. He earned his Ph.D. at Princeton University. 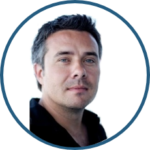 James is an expert Chartered Mechanical Engineer & Naval Architect, who has designed and produced custom racecars for Formula One, World Rally, and Touring Cars. Prior to his work in the motorsports world, James worked for Delphi on common rail fuel-injection systems, was Head of Engineering Design for a high-performance powerboat company, and consulted for BAE Systems and James Fisher Defense.

Declan has worked around the world for 30 years as an entrepreneur and a technical innovator who unites business and technology. He founded Ideal Systems in 1989, and has grown it into a global company with 15 locations worldwide and clientele such as Microsoft, Bloomberg, and Morgan Stanley. Declan led the first investment into YAN Engines in 2013.